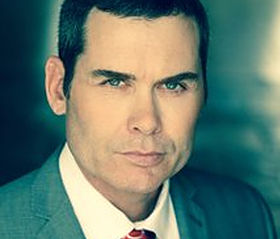 Matthew Godbey is co-founder of CineFocus Productions. He is a multi-talented artist who has spent many years honing his skills as a filmmaker. Along with writing and producing, Matthew has managed to become an accomplished actor, most recently recurring as Detective Dan Evans on NCIS Los Angeles. Matthew is also a well-respected painter and has had shows for multiple galleries over the years in Los Angeles and New York. His paintings have been displayed in numerous films and television shows (i.e. Nip/Tuck, Charmed, Hitchcock, etc.).

David D. Jones is the In-house Writer at CineFocus Productions. He graduated from Purdue University in 2008 with a B.S. in Computer Graphics Technology and an M.S. in Technology. While David’s focus throughout college was in the field of computer animated films, he found himself particularly drawn to the foundation of any great film – the story – and soon began honing his craft as a screenwriter. Before joining CineFocus, David delivered rewrites for the indie thriller Between the Trees and a commissioned script for the indie horror film Crates. In 2017, David optioned his first original spec screenplay, The Passenger, to CineFocus Productions and, shortly thereafter, joined the staff.
Twitter Instagram Facebook