Hands down one of the most well-received films in the recently concluded Cinemalaya indie film festival is Pan de Salawal. The heartwarming comedy-drama by first time director Che Espiritu is about a mysterious little girl who brought hope and miracles to residents of a small urban community near the Manila railroad.

Not too many may be aware of it but the film is also co-produced with Cinemalaya by CineFocus Productions, an American production company based in West Hollywood, California.

Formed over a year ago by Matthew Grant Godbey and his longtime friend Herb Kimble, CineFocus has produced the short horror films It Followed Me Here directed by Godbey, Blood Moon and just last year, The Blame Game directed by Kimble and shot entirely in the Philippines.

“We’ve known each other for 25 years, struggling and auditioning as actors,” said Godbey, whose acting credits included stints in TV series like The Young and the Restless and NCIS: Los Angeles.

“It’s very frustrating as every filmmaker and actor knows. The industry is very tough so I decided to branch out and get a job in the corporate world, to make some money and at some point, make my own movies,” added Kimble.

Kimble’s quest to realize his filmmaking dreams eventually landed him in the Philippines where he started to work in the call center industry in 2002. Having been in the country for 16 years allowed him to be acquainted and eventually fall in love with Filipino films.

Convincing Godbey to produce films here in the Philippines did not take a lot of effort on Kimble’s part. “I didn’t need much encouraging to begin with,” the former quipped.

As for Pan de Salawal, Kimble recalled it was screenwriter and producer Neil Arce who first brought it to their attention.

“He knows that I got a lot of admiration for Filipino filmmakers that one day he sat me down and said, ‘Listen, Herb, I have a script that I wanted you to read. It’s something dear to my heart and I want you guys to see it. So we read it and decided that we want to be part of this film. It was that moving, that different, that magical of a story,” Kimble further shared.

Godbey agreed. “We look at scripts all the time, we have a lot of projects we develop and option, we have full time offices in Los Angeles. But in my opinion, I wanted to get into doing Pan de Salawal because I thought it was a completely compelling, engaging and heartfelt story.”

Espiritu, who wrote and directed Pan de Salawal, studied film in UP and completed her Master’s in Florida. Before Pan de Salawal, she was already a seasoned cinematographer for several short films made in the U.S. and Canada. In her Director’s Statement, she revealed the inspiration for her winning film.

“Two personal experiences inspired me to write this beautiful story. First is my experience in Pre-Medicine before I became a filmmaker. While in the hospital, I have personally witnessed the struggle of patients in their illness. There are some patients I’d never forget, who, instead of being depressed, had the inspiring courage to win over their pain. The characters in Pan de Salawal are based on these inspiring patients and their real-life stories,” she revealed.

“Second, is the disheartening experience of losing my best friend, who took her own life years ago. Chichi is a genuinely good person, but at some point felt her life was not worth living anymore. I wish I could turn back time and tell her how loved and special she is; but all I can do now, for my friend, is to share Pan de Salawal. Through the story of my lead character Sal, I sincerely wish others would realize that no sickness or loneliness is reason to give up. There is always something or someone that comes, to make life sweet and worth living.”

Going in, both Kimble and Godbey knew that Pan de Salawal hinges on the casting of the little girl who will play the precocious Aguy.

“Fortunately, we found somebody who is captivating and is simply a terrific actress in Miel Espinoza and I think she has a really big future in film,” Godbey noted.

“She’s incredible, she’s a Philippine treasure. I think if the country takes time to develop her, watch her, cast her, I think she can make a mark in the industry for decades to come,” Kimble boldly declared.

Although Pan de Salawal has ended its Cinemalaya run, Filipino audiences will still have more chances of seeing the film. Buoyed by the very warm reception in the festival, the makers of the film are now working for a regular theatrical screening that they will announce very soon.

As for CineFocus Productions, Godbey and Kimble are quite certain in saying that Pan de Salawalwill not be their last project in the Philippines. 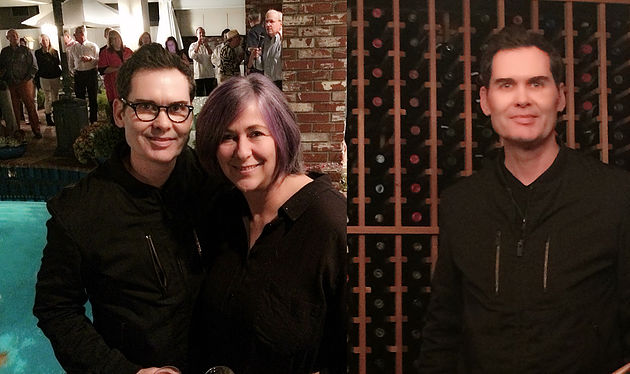